If Apple can blow it, so too can the rest of us. That’s why a layered defensive approach is necessary.

When we talk about secure platforms, there is one name that has always risen to the top: Apple.  Apple’s business model for iOS has been repeatedly demonstrated to provide superior security results over its competitors.  In fact, Apple’s security model is so good that governments feel threatened enough by it that we have had repeated calls for some form of back door into their phones and tablets.  CEO Tim Cook has repeatedly taken the stage to argue for such strong protection, and indeed I personally have  friends who I know take this stuff so seriously that they lose sleep over some of the design choices that are made.

And yet this last week, we learned of a vulnerability that was as easy to exploit as to type “root” twice in order to gain privileged access. 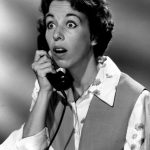 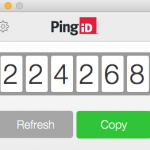 If the best and the brightest of the industry can occasionally have a flub like this, what about the rest of us?  I recently installed a single sign-on package from Ping Identity, a company whose job it is to provide secure access.  This simple application that generates cryptographically generated sequences of numbers to be used as passwords is over 70 megabytes, and includes a complex Java runtime environment (JRE).  How many bugs remain hidden in those hundreds of thousands of lines of code?

Now enter the Internet of Things, where manufacturers of devices that have not traditionally been connected to the network have not been expert at security for decades.  What sort of problems lurk in each and every one of those devices?

It is simply not possible to assure perfect security, and because computers are designed by imperfect humans, all these devices are imperfect.  Even devices that we believe are secure today will have vulnerabilities exposed in the future.  This is one of the reasons why the network needs to play a role.

The network stands between you and attackers, even when devices have vulnerabilities.  The network is best in a position to protect your devices when it knows what sort of access a device needs to operate properly.  That’s your washing machine.  But even for your laptop, where you might want to access whatever you want to access, whenever you want to access it, through whatever system you wish to use, informing the network makes it possible to stop all communications that you don’t want.  To be sure, endpoint manufacturers should not rely solely on network protection.  Devices should be built with as much protection as is practicable and affordable.  The network provides an additional layer of protection.

Endpoint manufacturers thus far have not done a good job in making use of the network for protection.  That requires a serious rethink, and Apple is the posture child as to why.  They are the best and the brightest, and they got it wrong this time.

CISOs don’t eliminate risk- they help companies manage it. Equifax made poor choices as a company. The CISO was ineffective.

I do not know Susan Mauldin, the now-former Chief Security Officer of Equifax, nor can I even tell you what her job was.  That is because the role of Chief Information Security Officer (CISO) remains ill-defined: each company implements the role in different ways and has different expectations.  It may well be that this person did not have the authority to implement policies that would have prevented the breach that revealed records of over 143 million US consumers.

What I can say is this:

The only way you can entirely secure a computer is to destroy it and melt down its components beyond the point that any recovery tool can glean information.  Otherwise, there is always some security risk.  You might be able to sufficiently secure a system such that the risk is so low as to be almost negligible, but to do that usually requires more resources than it will cost to mitigate a breach.

The goal of a CISO is to reduce the expected loss of a security breach to a level acceptable to the management.  Expected loss has many components.  It can include direct financial losses, losses in sales, reputation loss (and thereby future sales losses), stolen IPR, thus impacting product differentiation, and liability associated with stolen customer and partner information.  In a world where information is worth its weight in gold, holding any information secret means that there is a risk it will be revealed.  The decisions of a CISO or her management do not amount to loss due to a single event, but may be recurring losses, either due to expenses to mitigate risk or due to losses from breaches.

Equifax’s business is information about consumers.  That means that they must retain the information necessary to report their findings to their customers, such as banks or employers who are assessing the trustworthiness of an individual.  That can be a lot of information, such as credit card, mortgage, and utility payment histories.  Equifax is a big fat target for information thieves, much the same way the US Office of Personnel Management is (they were breached in 2014).

It has been reported that the information thieves in this case made use of a vulnerability in Apache Struts that had been announced in March.  Equifax stated that they detected anomalous behavior on the 29th of July.  That left a period of roughly four months of exposure. In the grand scheme of things, this is not a long long time for an exposure.  However, because the value of information that was at risk was actually quite high, and because the vulnerability in question was exploitable on the open Internet, there should have been a process in place to rapidly close the bug.  There exist any number of patch management tools that spot open source software updates, and alert the customer.

Should Susan Mauldin have known all of this?  Yes.  Did she?  I don’t know.  Did she have the authority to effect change?  I don’t know, but to be sure she was ineffective because the necessary processes were not in place.  Will this sort of failure happen again?  You can bet on it, but when and how much the loss will be is where CISOs make their money.