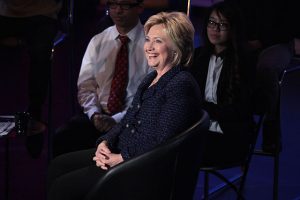 Many of us have experienced loss in our lives, and we get hit with the cruel irony that we don’t know what we’ve got until it’s gone.  We Americans like complaining.  To be sure there is plenty to complain about.  You have your own list; I won’t write one for you. But things can get a lot worse for Americans than they are.

Donald Trump looks up to President Putin and envies China, because he sees an uncontested leader and hunger to win, regardless of rules, respectively.  But that doesn’t mean we want to live in those countries, where people are subject to arrest without cause, where one cannot say what wants to say.  These are countries that operate by the rule of man (and I do mean “man”)  and not the rule of law, where might makes right, and where the ends justify the means.  Putin took the Crimea because he could.  He imprisoned and poisoned his opposition because he could.  He has interfered with an American election because he could.  China violates intellectual property rules and builds islands in the Pacific because they can.  These are the ones Trump looks up to.

The American ideal is different.  We don’t believe in kings, and we surely do not believe in thugs.  We like our freedom, where government acts on the will of the People and not the will of an individual, and where it is constrained not only by the People, but by those who we elect through their oaths to uphold the Constitution, a document that guarantees freedom and fairness, that a person won’t be treated different because of  sex, race, or religion.  Our ideal extends the Constitution to cover other innate characteristics, such as sexual orientation.  Fairness is something we hold dear.

I do not believe that Donald Trump understands any of this.  He has spent his life cheating people out of money.  To him, the ends will always justify the means.  To him, the art of the deal is a matter of deceit, and knowing when to violate its terms.  And he does so as long as he can get away with it.  An agreement to him only binds him until he finds it inconvenient.  Donald Trump will never deliver on his promises, and we know this because of all the broken promises of his past.  He is vindictive, and spews hatred towards others.  He does not know how to delegate responsibility, and he does not know how to accept responsibility for his mistakes.  According to Trump, he’s never made a mistake.

Hillary Clinton lacks the charisma of her husband.  She is not a visionary like Bernie Sanders.  She is an incrementalist.  She is a policy wonk, and she’s a bit nerdish.  She will be challenged by a vociferous and resentful opposition.  Under a President Hillary Clinton we will not see a Democratic House of Representatives.  That will never be her mission.  What we will see is steady leadership.  Mostly status quo.  Status quo means that we get mostly what we have.

And we have quite a lot.  We have freedom.  We have a functioning, if imperfect, support infrastructure.  We have an innovative society.  We have democracy.  We have checks and balances.  We have the right to practice whatever religion we want, so long as we don’t hurt others.  Under a President Clinton we would have humility in leadership, and someone who is serious about trying to take a great America and make it better; not by a lot, but at least in the right direction.  She is the type that will work to fix the potholes and leaks in the roofs.  And she won’t promise more.

She will also deal honestly and ably with what crises hit her.  No president is defined by his or her campaign platform, but rather how they react to the problems that are thrown at them.  Hillary Clinton will do that will a cool head.  We cannot say the same about Trump.