A: when they’re the wrong principles and the money could be spent educating students instead.

USA Today/Ganette is reporting that The Easton, PA school district is appealing a federal appeals court decision that allowed two girls to wear bracelets that say, “I (heart) Boobies”.  The bracelets are part of a breast cancer awareness campaign.  Easton’s argument is that the bracelets are lewd.

I grew up in a town that had a track record of going to the Supreme Court for stupid reasons.  The first case involved trying to claim that English as a Second Language Teachers weren’t actually teachers, despite their qualifications and the fact that they were in fact teaching.  They lost.  In a separate case, they went to the Supreme Court over having searched a girl’s locker and having had her arrested.  The Court dismissed the notion that they were entitled to act in loca parentis, under the theory that few parents would have their children arrested.  Both of these cases cost the tax payers millions of dollars.

Easton, PA is not a rich town.  The district does okay with what they have (about the middle of the pack in PA).  Still, their money is being wasted by a case of very questionable merit, where even a positive result will not help a single student.  So why sue?  Because the superintendent wanted to be the ultimate source of authority in his district for what is and is not appropriate for students to wear.  Guess what?  He’s a public servant, applying the rules of our society.  He doesn’t get the final say.  And he’s wasting a lot of money finding out.  Oh and their lawyer story claims that the appeal will cost $2,000-$3,000.  Horse hockey!

The New York Times reports that a forthcoming GAO report shows the government distorted the facts, made misstatements, and said whatever he needed to say to cancel a tunnel project that would make the lives of hundreds of thousands of people better. Good going, Governor!

Back in 2010, I wrote about how foolish and shortsighted Governor Chris Christie was being when he cancelled a new tunnel project for trains between New York City and New Jersey on practically the same day that the Swiss broke through a new mountain tunnel on either side.  The contrast was nothing short of sad, from an American perspective.

But now it turns out that Christie was being very loose with the facts, according to the  New York Times.  It says that in a forthcoming GAO report, the governor misrepresented both the total cost for the tunnel, and New Jersey’s share of it.  That’s a shame.  Anyone who commutes by train into New York knows that it doesn’t take much for trains to run late.  That gets more people into cars, the long term results being more pollution, more asthma, and more traffic for New Jersey and New York.  Good going, Governor Christie!  Thanks for making the lives of people in New Jersey more miserable.  I’m sure that’s why you’re there. 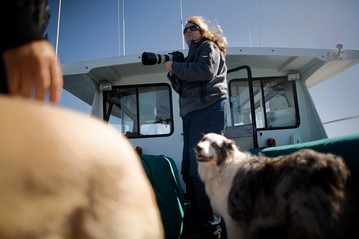 So here’s a story for my friend Tom who hates BMW America. I was beginning to feel the same way about our national sales organization here in Switzerland. We had been hearing what to me sounds like valves banging around, practically since the day we got the car, but it was intermittent. Well, 4 years and 22,000 miles later (after the warranty is supposed to have expired), we were able to reproduce it. And guess what? It was valves banging around.

Initially, BMW Switzerland said they’d cover parts and 1/2 labor. But our guy at the local garage argued back at them on our behalf and got them to eat the whole valve job.